Body:
Angell Studio 2011? Still having trouble identifying his body: 1/3 size but more resembles 'kid' (1/4) body in sculpt and jointing. But it was inside never-removed, labeled AS clothes, so probably AS. 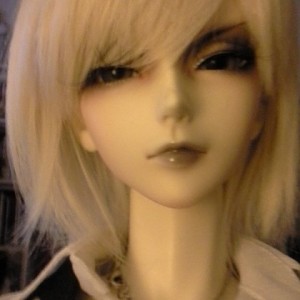