Maker:
Head: LUTS CP Delf; Body: the body has been identified as a Dollzone 70cm body, "the kind that came with Yuu."

Skintone:
Normal skin. The resin color of the head and body is slightly different, but close enough not to show in pictures. 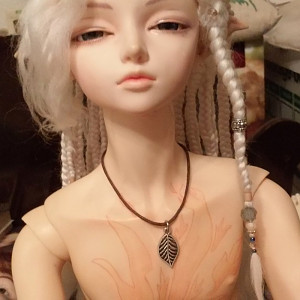