Body:
Doll Chateau Alberta Centaur body (I also have human body parts for her but don't use them) 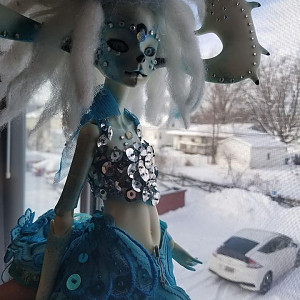